An Omaha group led by Milestone Property has purchased the nine-unit structure for $725,000 and is embarking on a $2.9 million rehabilitation effort approved by the City Landmarks Commission.

With help from $340,000 in tax-increment financing, the investors hope to modernize the apartments, most of which span about 1,800 square feet.

Midtown Development and its President, Larry Jensen, recently featured in OWH article regarding the Metz Mansion. Said Jensen: “Do I wish the house could have been saved? Yes. … I feel like the Metz mansion was a landmark — we want to see this building be a landmark as well.”

“Jensen, who has other rental property in midtown, said he was drawn to the project because of his past efforts and an ongoing penchant for preserving properties and pockets of architectural detail. ” 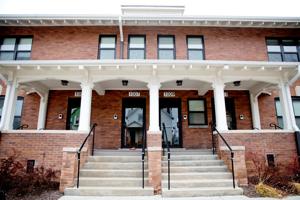 “The Himebaugh, despite its condemned status, caught Jensen’s eye because of architectural detail. Built 110 years ago, it had been occupied by squatters when he bought it from a Texas bank, Jensen said. His team gutted and furnished the interior with high-end counters and appliances. They exposed brick walls, original Southern yellow pine wood floors, and added vintage-style hallway carpeting and other touches that hark to its past. “In that era, these were Omaha’s luxury apartments,” Jensen said.” 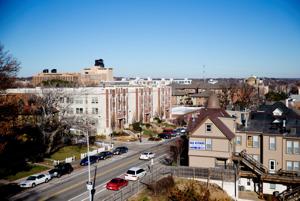 “Fueling the midtown draw is job creation at the University of Nebraska Medical Center campus and commercial activity at the $365 million Midtown Crossing campus built six years ago by Mutual of Omaha.”